A positive move during challenging times

New homes handed over during lockdown 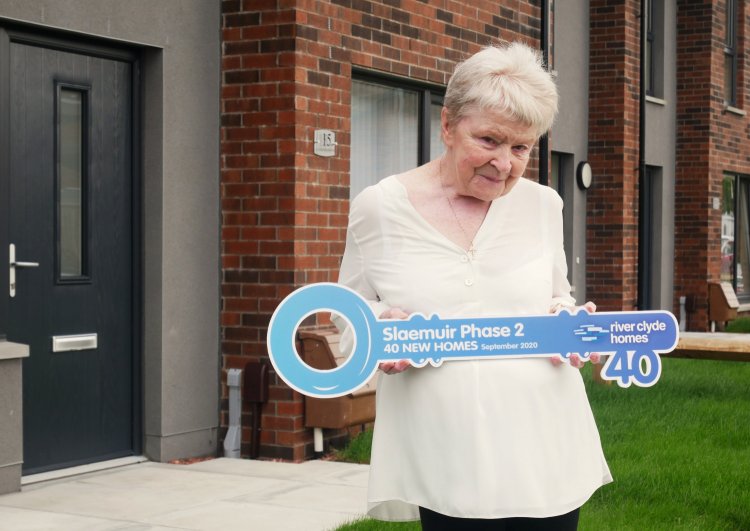 The second phase of River Clyde Homes’ new build and regeneration project of 40 homes in the Slaemuir area of Port Glasgow was successfully completed last month and keys have been handed over to delighted residents. Sixteen properties were handed over to customers in January.

This handover marks the end of a very challenging project that started back in April 2019 and is now finally complete after work on the site was temporarily halted during the Covid-19 lockdown.

The new homes replace the Slaemuir ‘stub blocks’ which are something of a landmark in the neighbourhood. Slaemuir was one of the last housing schemes to be built in Inverclyde and still marks the transition from countryside to urban living. And whilst these stub blocks are being replaced by 96 modern homes, the positive wider community created almost 50 years ago, still exists.

Marcia Ward is part of that community and lived in one of the blocks for more than 40 years. Marcia recently received the keys to her new home and is looking forward to many more happy years living in the area. Before she moved, she told us her story:

Marcia was born in Greenock just after the Second World War and moved to Port Glasgow when she married in 1967. At first she lived in Houston Street, a long-gone area in The Glen at Port Glasgow, in what were known as ‘the Lithgow Houses’. With one bedroom, two kids, no heating and no bath, she was glad of the offer of a new home in 1973 in the recently built Slaemuir development. 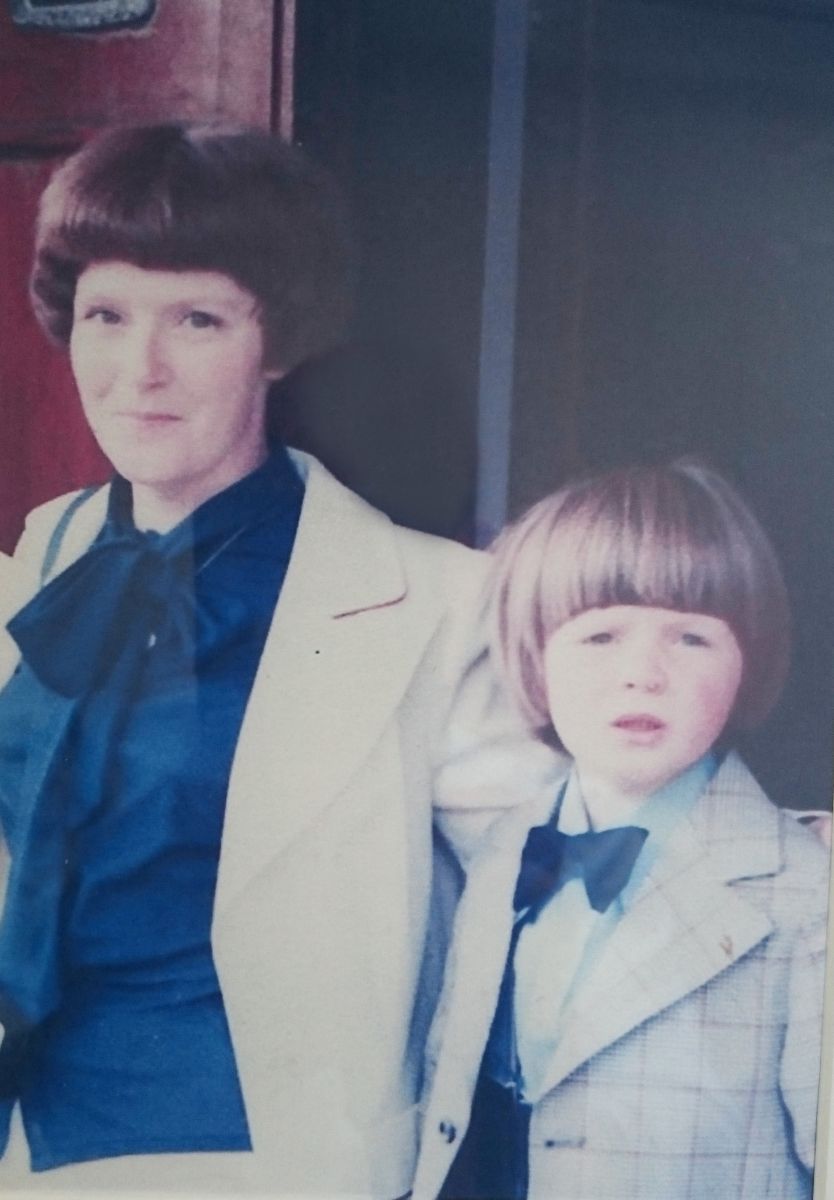 “I couldn’t believe it,” says Marcia now. “We had a bath! I no longer had to wash the boys in the sink.” But she adds: “It was hard going at first. The rent was £5 a week, which was a fortune in those days. The rent in Houston Street was only £5 a month!”

Slaemuir has always been a close-knit community and despite some early reservations, Marcia soon settled into her new life on the new estate. “My sister stayed just down the road, which was really handy when I went back to work,” (she took a job in Clarkes, which was a local chain of bookmakers) and the boys had loads of friends and went to the local school. We live right on the edge of the countryside and the surrounding fields were the boys’ playground.

“It was always a great block to live in; the neighbours have always looked out for each other and when I moved in, no one bothered to put their doors off the snib. You’d never do that today, although this has always been a safe area to live in. I’ve never had any trouble.”

Now, after 47 years, Marcia has moved on from the family home and whilst the challenges of Covid 19 made this move much more difficult Marcia is happy in her new home.

Marcia says of the move: “I’m pleased that all this investment is taking place in the area. While it was sad to say goodbye to the flat after all those years, I wanted to continue living in Slaemuir as it’s the place I call home. This feels like a new beginning.”

Jillian Moffat is the Chair of the RCH Group Board. She said: “The regeneration of the upper part of the Slaemuir area has been a community driven project and one that provides modern, energy efficient homes. This is the second phase and we look forward to starting the third and final development soon. 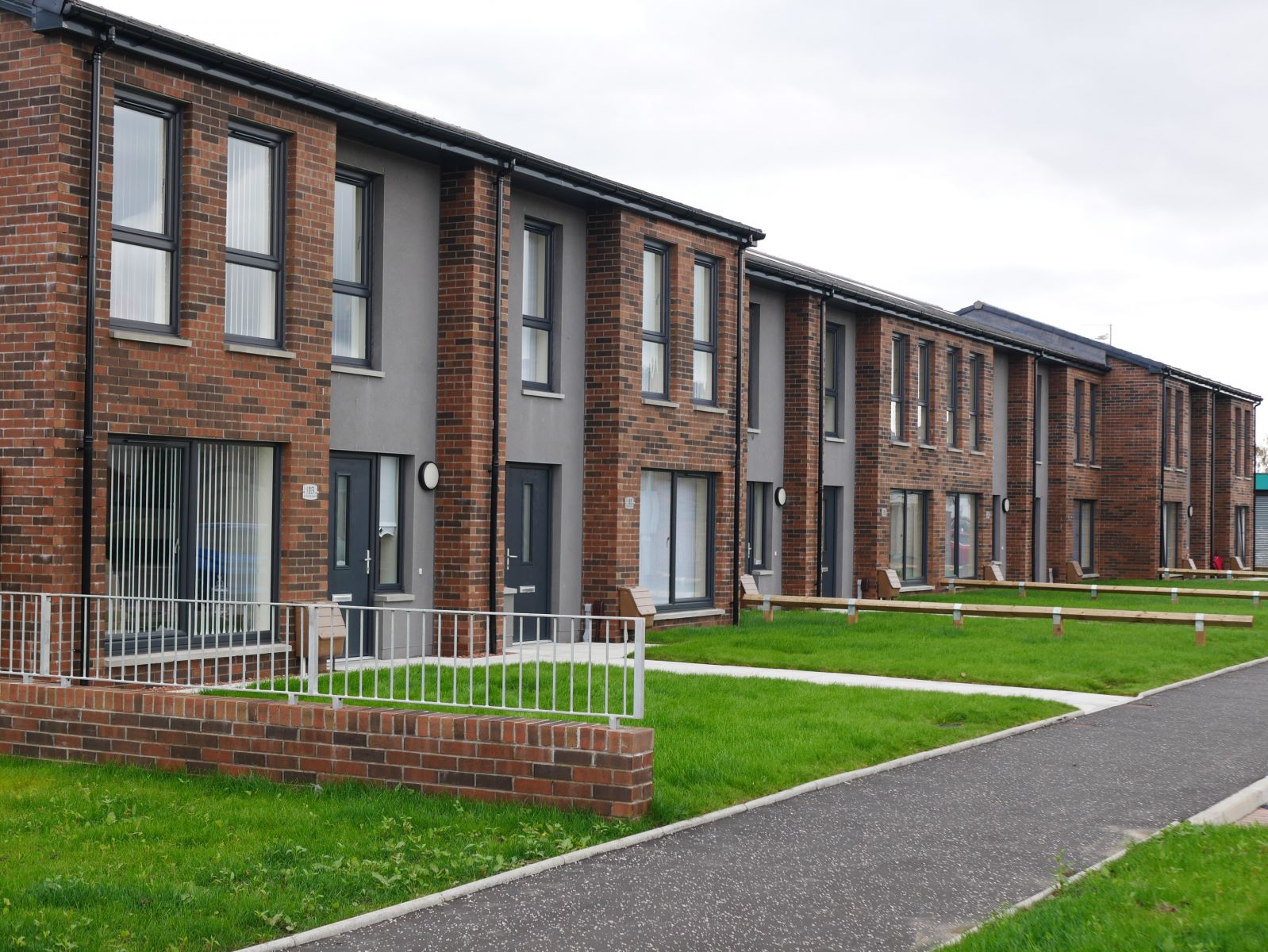 “To have completed these homes and handed them over to customers during the current pandemic is quite incredible. Tribute must be paid to Cruden Building for their determination and agility to finish the development. Staff at River Clyde Homes have shown remarkable innovation in letting these homes in a safe and timely manner that ensures customers have the homes they were so looking forward to moving into. My congratulations go to all involved.”

Allan Callaghan, Managing Director for Cruden Building, said: “Cruden Building is delighted to have completed the second phase of this modern housing development as part of the wider regeneration of the Slaemuir community and it is great to see the new residents moving in.

“We look forward to continuing our collaborative approach, working with River Clyde Homes, on the final stage of this development to provide a further 24 new homes for residents in Slaemuir, and indeed across other developments in Inverclyde.”

The next steps in the Slaemuir regeneration will see the demolition of the last four remaining stub blocks in the area to make way for the 24 new homes; 17 on Slaemuir Avenue and seven on Campsie Road. Completion is scheduled for August 2021 (subject to further restrictions). The regeneration brings the total number of new homes in the area to 96.